Article for the Swiss Design Awards, 2020.

Careers and the cultural field

Designers are at different stages of their careers when they present projects to the Swiss Design Awards. They range from recent graduates to established practitioners, and their submissions reflect these positions. Winning an award at these different stages certainly has a distinct impact on career progression. But while I had assumed the reasons for applying varied, it turns out they remain broadly the same throughout the applicants’ professional development, especially for those who work in the cultural field. What does this tell us about designers’ needs and career possibilities?

It may seem strange to be writing about design careers at a time when most people have had to put theirs on hold. For many, paid work has drastically reduced, if not dried up. Some of the more practically minded designers I follow on social media have switched to sewing masks or 3D-printing protection equipment for the public health system. Much to my amusement, most of us have resorted to live-streaming our gnocchi-making instead. Not that there is anything wrong with downing tools: these are, as we have heard repeatedly, unprecedented times. The consequences of this crisis are unclear. Whatever happens, the pandemic’s impact will be wide-ranging and long-lasting. In the design sector, this general uncertainty is compounded by the reliance on a fragile system of commissions, funding, and mostly independent work that may well dwindle for a while. At first sight, then, it may seem strange to be handing out awards in a global crisis. However, now more than ever, it is vital to support designers just as much as we do other sectors.

“The Swiss Design Awards have long championed designers at different stages of their careers.” 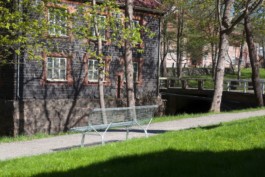 The Swiss Design Awards have long championed designers at different stages of their careers. The application form invites them to classify their submission among five options: graduation projects, a general overview, self-initiated work, commissions and miscellaneous. The wide range ensures a variety of dossiers in terms of career positions. The jury seems to reflect this diversity in the second round of the competition: the selection includes graduates’ work as well as projects by established designers. Evidently, winning the awards plays a different role at these distinct career stages. For example, industrial designer Michel Charlot, who has built a solid career already, gives me two relatively simple reasons for applying: gaining media coverage and using the competition’s deadlines to force him to move forward with the project.

For recent graduates, the motivations are different. An award can launch a designer’s career symbolically and financially. Although I had assumed that the cash prize would represent the primary motivation to seek the award, graphic designer Clio Hadjigeorgiou explains that it played a minor role in her application. While it would naturally help her to self-publish her diploma as a book, the fact that her project resonated with the jury played a more significant role. She was uncertain if her project, which deals with the Cypriot dialect, would be met with interest by a Swiss audience. Entering the awards was thus primarily a way of testing her work’s relevance. For the Cypriot-born, London and Lausanne-educated designer, selection for the second round represents for her a favourable welcome onto the Swiss graphic design scene. 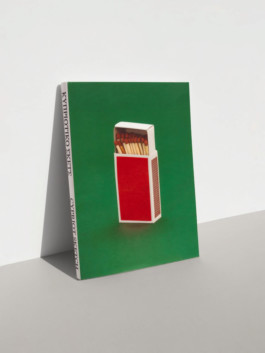 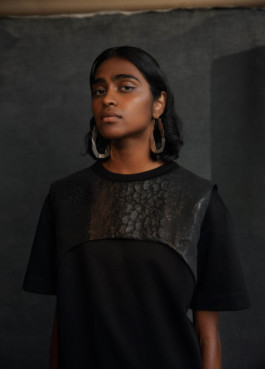 Independent fashion consultant Lilla Wicki’s career also has an international dimension to it. Although she was born in Switzerland, she trained in London and developed most of her professional life abroad. By contrast with Hadjigeorgiou, she is presenting her work mid-career. She has already launched two businesses and worked for a stellar roster of fashion names. For Wicki, who came back to Zurich in 2016, the nomination is a welcome chance to re-establish relations in Switzerland. It is also an excellent opportunity to show some of her latest and more personal work. The lump sum would allow her to develop ideas and experiment with formats that are not financially viable, something which she describes as “a rare luxury” when commissions are usually driven by a defined output.

Speaking of financial viability, graphic designer Julien Mercier explains that type design, the core of his practice, is a discipline primarily driven by passion: “It is particularly difficult to earn an income commensurate with the investment of time and efforts that it requires.” Mercier tells me that he prefers to create work that he is passionate about rather than build a professional model that makes sense economically. This is a common thread especially with younger designers, who are willing to swap comfort for what they often describe as their passion. Interestingly, Mercier observes that the origins of type design come from the monastic tradition, which summons an image of work that is solitary, long and disinterested. “I have been adapting my way of life to the type of work I do for years” he says. “I have a lifestyle where I consume relatively little, and that suits me. The aim of all this is to develop and produce quality work in complete freedom.” To develop his career, winning the award is essential. It would pay for the overtime work needed to finish typefaces, bring appreciation from peers and make his work known to more people. It could also help him to secure a teaching position, and comes with an institutional recognition which may help with future commissions. 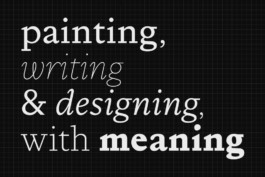 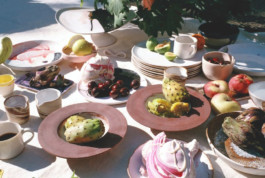 Ceramicist Ursula Vogel also highlights how her career is built on a fragile financial model. Her commissions pay the costs of labour and materials, but she is not making much of a profit. Although this is often indissociable from designers’ choice to work independently, it comes with a complete lack of stability or the ability to plan long-term. Some ideological decisions also have to be made. Vogel struggles with the two main routes her career could take: the luxury segment or popular use. Here, she comes up against the enduring conundrum of modernism: though it originally aimed to bring good design to the masses, it often ended up sold at premium prices. Winning the award would help Vogel to stabilise her career temporarily, as well as concentrate on self-initiated work and collaborations, two things she had to put on hold due to a lack of resources.

For fashion and industrial designers, winning a lump sum can make the difference between prototype and production. On the Swiss market, launching an independent fashion collection is incredibly tricky. This also explains why some recent fashion graduates’ career aims are relatively modest. One candidate expresses the desire to produce a single collection and launch a small label; thinking any bigger without investment from a multinational would be unrealistic. Others simply need more time and funding to develop research, such as textile designer Marie Schumann, who is developing textiles that embed optical fibres. 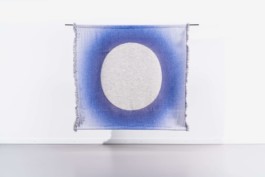 “Not only does design benefit the designers, it brings value to the general public’s life.”

There are many ways of defining a successful career, but it seems there is one common theme among the applicants: the aim to work independently. It suggests that for designers working in the cultural sector, autonomy is the keystone to professional fulfilment. Many are or have been employed by other studios or companies, but they all yearn to develop their voice. They are used to juggling different types of work or adopting a simple lifestyle to finance their practices. However, this form of entrepreneurship can also lead to precarity.¹ I know of designers who sleep in their subsidised workspaces so they can afford to work on more exciting projects, which are invariably poorly paid. For these, winning the awards represents not only critical recognition – a confirmation that their efforts were not in vain – but more importantly, a windfall that allows them to go on. Unfortunately, a financial model based on potentially winning prizes is far from sustainable.

1. For a full discussion of this topic, see Silvio Lorusso’s Entreprecariat (Onomatopee 2019).

During this pandemic, we are given time to reflect and focus on activities which do not necessarily make a profit, but which have a positive impact on our lives. Many have now discovered that baking bread is wonderful, even if they had not given it a thought before. I would argue that we should take a similar approach to rediscover the potential offered by design – albeit with a significant difference. Unlike domestic bread-making, not only does design benefit the designers, it brings value to the general public’s life. And this, I am sure, is something that merits recognition and salary. The measures implemented by several governments show that it is possible to rethink the role of the state at astonishing speed. Spain is thinking about implementing the universal basic income to counter the effect of the pandemic. Recent experiments in Finland have shown that this model had a positive impact on people’s health and stress levels, which are incidentally not especially favourable at the moment. The crisis has certainly made me reconsider how much I want to contribute to an economy whose goals do not seem to fit with the state of our society and environment. I wonder if others share this opinion. If so, now would be a perfect time to launch a public discussion.